What on Earth Books to Publish Innovative Educational Children’s Nonfiction in Association with the American Museum of Natural History:

(New York, NY - May 25, 2017) --  What on Earth Publishing Ltd., The U.K. based timeline books publisher which launched its North American publishing division this spring in the U.S., will publish three timeline books in association with the American Museum of Natural History.
The American Museum of Natural History in New York City is one of the world's preeminent scientific and cultural institutions.  What on Earth Publishing specializes in the art of telling stories through highly detailed, large format timeline narratives. 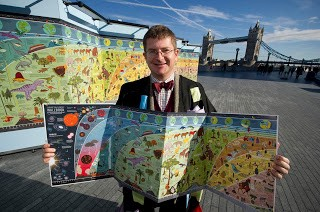 “We’re very excited about our association with the American Museum of Natural History, an institution of great renown and sterling reputation in science, culture and education. It will help bring the concept of interconnected visual learning to the widest audience possible,” said Christopher Lloyd, founder and publisher, of What on Earth Publishing books.

The first three books What on Earth will publish in association with the American Museum of Natural History will be: The Nature Timeline Wallbook (July 2017); The Science Timeline Wallbook (August 2017); and The Big History Timeline Wallbook (September 2017).  They will be published individually and as a boxed set. All titles are suitable for all ages from 6 to adult.

"We were immediately interested when What On Earth invited us to work with them on this project. The unique timeline format is engaging for children of all ages and these books support the Museum’s efforts to encourage a sense of wonder about science and nature,” said Sharon Stulberg, Senior Director of Global Business Development at the American Museum of Natural History. 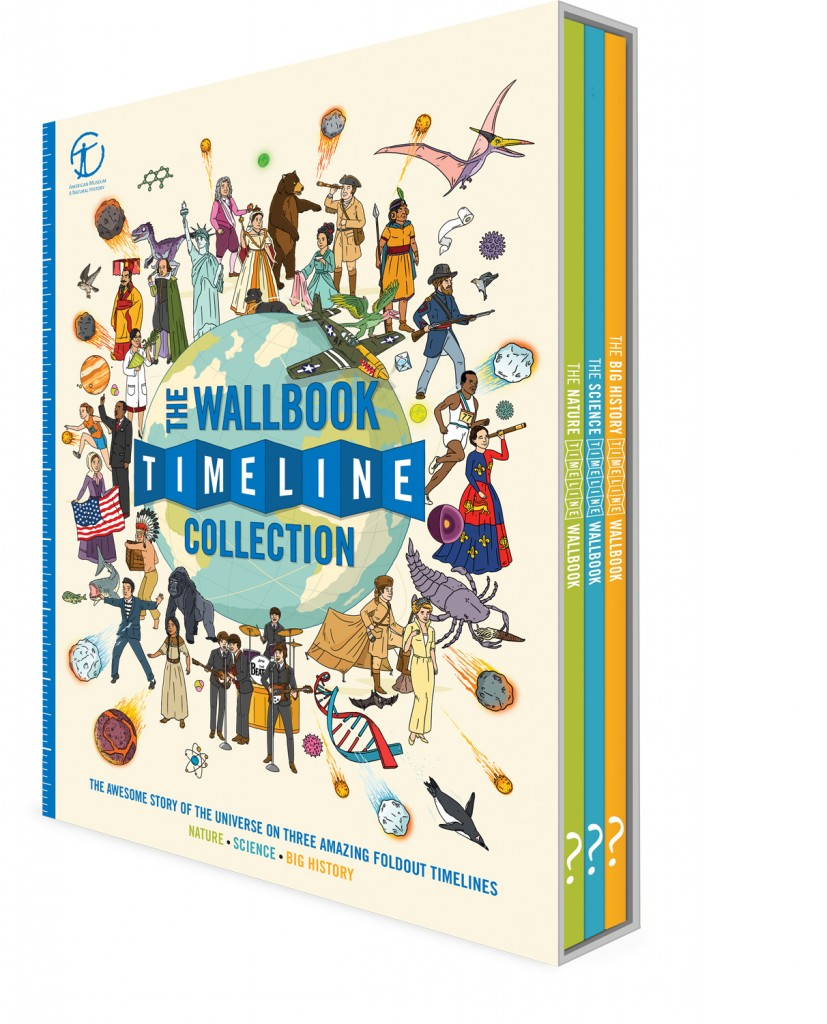 Each of the “Timeline Wallbooks” features a 6-foot long fold-out detachable timeline wallchart with more than 1,000 beautiful hand-drawn illustrations by Andy Forshaw and an engaging text by Christopher Lloyd.  Each timeline is followed by a series of newspaper-style stories that take readers on an easy-to-read ride through the story of natural history, science and inventions and world history from the beginning of time to the present day.

The Wallbooks will be distributed in the U.S. by Ingram Publisher Services and will be available in museum gift shops and bookstores nationwide, as well as from major online booksellers.

Christopher Lloyd, Publisher and Founder of What on Earth Books, is an historian, educator and  author. His first world history book What on Earth Happened: The Complete Story of the Planet (Bloomsbury, 2008), has been translated into 15 languages and has sold over 500,000 copies worldwide. Lloyd is an advocate of connected learning.  He is scheduled to be part of a panel on graphic nonfiction for young readers at Bookexpo 2017 on June 2 in New York City.

The Nature Timeline Wallbook: Unfold the Story of Nature from the Dawn of Life to the Present Day by Christopher Lloyd, (What On Earth Publishing), has just won THE 2017 INTERNATIONAL BOOK AWARDS for Young Adult: Non-Fiction. AmericanBookFest.com announced the winners and finalists on May 22, 2017.

Glowing reviews appeared on the occasion of What on Earth’s first U.S. publication in April, The Shakespeare Timeline Wallbook, which was published in association with the Shakespeare Birthplace Trust.

REVIEWS of THE SHAKESPEARE TIMELINE WALLBOOK (published in April 2017):

"Thanks to its uncommon format, this What on Earth? Wallbook is a tremendously engaging resource on a well-covered topic: the collected works of William Shakespeare. Engrossing and packed with information, this interactive book will capture fresh interest for the world’s most beloved playwright." (Booklist)

“[An] engaging resource for readers just getting to know Shakespeare and his work."
(Publishers Weekly)

The American Museum of Natural History, founded in 1869, is one of the world’s preeminent scientific, educational, and cultural institutions. The Museum encompasses 45 permanent exhibition halls, including those in the Rose Center for Earth and Space and the Hayden Planetarium, as well as galleries for temporary exhibitions. It is home to New York State’s official memorial to Theodore Roosevelt, a tribute to Roosevelt’s enduring legacy of environmental conservation. The Museum’s approximately 200 scientists draw on a world-class research collection of more than 34 million artifacts and specimens, some of which are billions of years old, and on one of the largest natural history libraries in the world. Through its Richard Gilder Graduate School, the Museum grants the Ph.D. degree in Comparative Biology and the Master of Arts in Teaching (MAT) degree, the only such program at any museum in the United States. Annual physical attendance has grown to approximately 5 million, and the Museum’s exhibitions and Space Shows can be seen in venues on six continents. The Museum’s website, digital videos, and apps for mobile devices bring its collections, exhibitions, and educational programs to millions more around the world. Visit amnh.org for more information.

ABOUT WHAT ON EARTH PUBLISHING:

What on Earth Publishing specializes in the art of telling stories through timelines. Our range of fold-out books make inspirational gifts for children but are equally as enjoyable for adults. It also runs cross-curricular enrichment workshops for schools, museums and literary festivals that promote the joy of learning by connecting knowledge together through natural curiosity.

Posted by Susannah Greenberg Public Relations at 8:59 AM No comments: