The Year of the Woman in Books in 2018, 2019, and Beyond: The Success and Influence of Books For and By Women

05/31/2019, 1:30 PM - 2:10 PM  1E11, The Javits Center, New York, NY -- In 2018, we saw the amazing success of books for and by women, including books by Michelle Obama, Tayari Jones, Rebecca Traister, Soraya Chemaly, Jodi Picoult, Margaret Atwood, and more.  This panel looks at the success of women in books in 2018, 2019, and beyond, and examines the proposition that this represents far more than just a year of the woman in books, but is in fact a radical shift in book publishing that is here to stay.

Moderator: SUSANNAH GREENBERG is President of Susannah Greenberg Public Relations, (http://bookbuzz.com), a book publicity firm.  She is also the Communications Chair and General Board Member of the, Women's Media Group; past president and publicity chair of the Women's National Book Association - NYC; and the U.S. Press Contact for the Jerusalem International Book Fair and Jerusalem Prize.   @suegreenbergpr

HANNAH OLIVER DEPP is a career bookseller who has managed WORD bookstores in Brooklyn, NY and Jersey City, NJ and Politics & Prose in Washington, DC. She is currently opening Loyalty Bookstores, an intersectional feminist bookstore, cafe, and co-working space with locations in Washington, DC and Silver Spring, MD. Oliver Depp is a founding member of Indies Forward and the American Bookselling Association Committee on Diversity, Inclusion, and Equity, as well as a NAIBA regional Board Member.  @OliverDepp 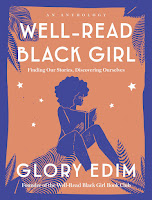 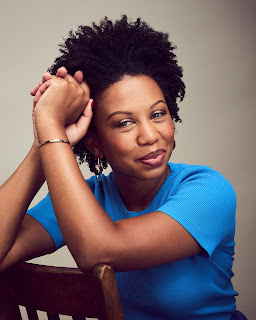 GLORY EDIM (photo credit: Jai Lennard) is the author of an anthology, 'Well-Read Black Girl: Finding Our Stories, Discovering Ourselves,' from Penguin Random House, and founder of Well-Read Black Girl, a Brooklyn-based book club and digital platform that celebrates the uniqueness of Black literature and sisterhood.   In fall 2017, she organized the first-ever Well-Read Black Girl Festival. She has worked as a creative strategist for over ten years at startups and cultural institutions. Most recently, she was the Publishing outreach Specialist at Kickstarter. She serves on the board of New York City’s Housing Works Bookstore. @wellreadblkgirl 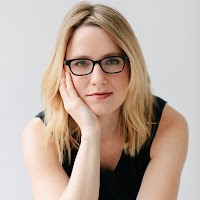 MICHELE FILGATE is a contributing editor at Literary Hub and the editor of an anthology based on her Longreads essay, What My Mother and I Don’t Talk About, from Simon & Schuster on April 30, 2019. Currently, she is an M.F.A. student at NYU, where she is the recipient of the Stein Fellowship.

She teaches creative nonfiction for The Sackett Street Writers' Workshop, Catapult, and Stanford Continuing Studies and is the founder of the Red Ink series. In 2016, Brooklyn Magazine named her one of "The 100 Most Influential People in Brooklyn Culture." She’s a former board member of the National Book Critics Circle.  @readandbreathe 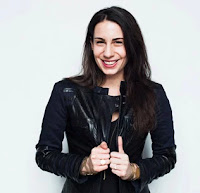 HILLARY KELLY is a critic and essayist. She's a contributor to New York Magazine and Vulture, where she writes about television, books, and the ways they intersect. She also covers television for Vogue. She lives in Washington, D.C. @HillaryKelly

ERIKA SWYLER (photo credit: Nina Subin) is the author of ‘Light From Other Stars: A Novel’ from Bloomsbury, May 2019. Her  first novel, ‘The Book of Speculation,’  was one of BuzzFeed's 24 Best Fiction Books of 2015, one of Amazon's Best Novels of 2015, and a Barnes & Noble Discover Great New Writers selection. Her writing has appeared in Catapult Story, VIDA, The New York Times, and elsewhere. She lives on Long Island, NY, with her husband and a mischievous rabbit.  @erikaswyler

“It would be a thousand pities if women wrote like men, or lived like men, or looked like men, for if two sexes are quite inadequate, considering the vastness and variety of the world, how should we manage with one only? Ought not education to bring out and fortify the differences rather than the similarities?”  ― Virginia Woolf

"I write my rage into paper and into bits and bytes. I write anger out of my head and my body and put it out in the world where, frankly, it belongs." – Soraya Chemaly, Rage Becomes Her: The Power of Women’s Anger


"Power is a story told by women. For centuries, men have colonized storytelling. That era is over." - Elena Ferrante


Elena Ferrante: A Power of Our Own
Power is a story told by women. For centuries, men have colonized storytelling. That era is over.

Balance the books: one woman’s fight to keep great female writers on shelves

The Second Shelf: On the Rules of Literary Fiction for Men and Women. By MEG WOLITZER MARCH 30, 2012

In Fiction, It Was the Year of the Woman. Hillary Kelly, Vulture.
https://www.vulture.com/2018/12/women-wrote-the-best-most-inventive-fiction-of-2018.html

What Do We Really Mean By ‘Women’s Fiction’?
https://lithub.com/what-do-we-really-mean-by-womens-fiction/

On Playing the Nice Woman by Erika Swyler
http://www.vidaweb.org/on-playing-the-nice-woman/


Women Who Fight Back With Poetry
https://www.nypl.org/blog/2019/04/30/women-who-fight-back-poetry

Posted by Susannah Greenberg Public Relations at 1:14 PM No comments: